Today I have a special treat in store for you. Author, Sage Blackwood, reveals to the world here, on Book Egg, the cover of her newest book-Jinx's Fire. Carrie Gelson first introduced me to Jinx (here) and I was immediately Sage's #1 fan (according to me, but there are many kids who will disagree with my claim).

...and now I turn the helm over to Sage.


Thanks so much to honorary Urwalder Julee Murphy for offering to host the cover reveal of Jinx's Fire! 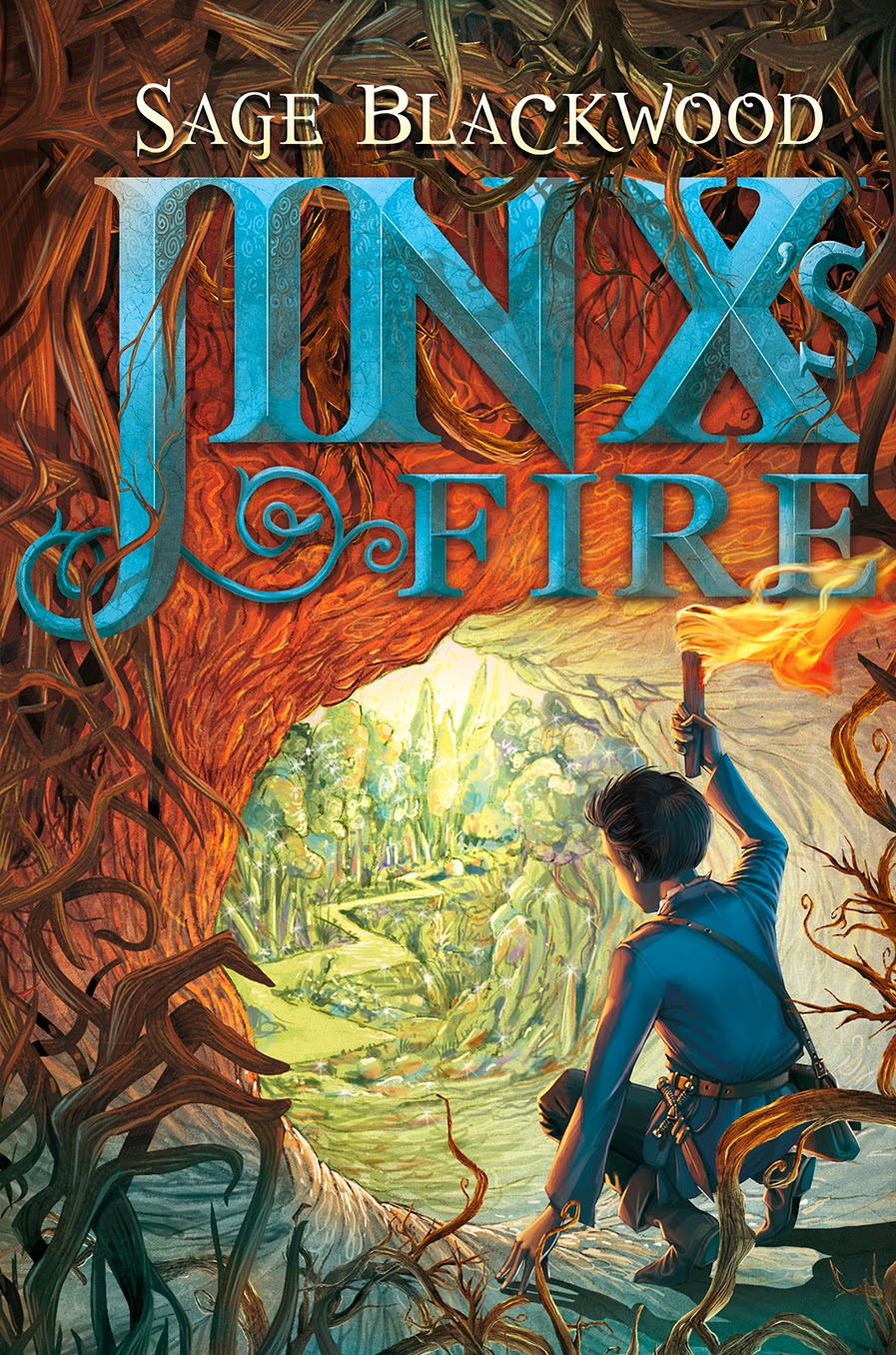 Yup, that's the cover of the third and final JINX book. My, how Jinx has grown. In the
Urwald you grow up fast or not at all, but it's taken Jinx five years. In the summer of 2009
he entered the world as a doodle in a notebook on my front porch. He was standing amid
trees, next to a blustery-looking man who looked part troll, and they were talking to a tall,
thin, rather cranky- looking guy who seemed like he might be a wizard. As the drawing grew, the trees kept getting bigger, and bigger, and bigger.

I had to find out more about this.

I kept doodling. More pictures came. There was a girl in a red hood, walking along a forest path and being followed by... not a wolf, but a terrible werebear. There was a kind-but-serious- looking woman pushing a wheelbarrow through a doorway. It didn't seem to be an ordinary doorway. But always, there was the forest.

The wizard in the picture, I decided, was Simon Magus. The Simon Magus legend comes to us only in bits and pieces, but one of the surviving bits is that the wizard gets his power from a boy who died a violent death. (But, in the way of legends, the boy is somehow still alive.)

Very well. I sat down to write. Opening scene: The wizard, Simon Magus, strangles a nine- year-old boy, and--

Simon folded his arms and scowled up at me from the page. "The hell I do," he said.

"Sorry," I said, putting the scene aside hastily.

For both Jinx and me, the next 1000 pages or so were largely a lesson in Simon-management. Before, I'd always thought that writers who talked about a character getting away from them were being a little pretentious. Now I know. Simon took over any scene he was allowed to grace. Jinx had his hands full. And, I hope, became stronger because of it.

But it wasn't until book 2 was published, and some readers complained about the ending, that I realized Simon had so many friends. My apologies for the book 2 cliffhanger. I didn't know it was one. After all, the book ended with Jinx safe and, for the most part, sound. Hopefully things will work out, one way or another, in book 3.

Thank you Sage and Harper Collins for allowing Book Egg to reveal the newest cover in the Jinx series. It has been an honor and a thrill.

Readers, are you intrigued by Jinx and the mysterious and magical world of the Urwald?  Here are some more tempting tidbits and remember, in the Urwald, don't ever step off of the path...

Try out this Jinx's Planting Activity

Browse through the first two books Jinx and Jinx's Magic