Put Me in the Zoo! 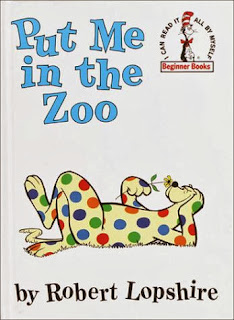 My summary:
An dog-bear looking animal asks the Zoo Keepers to put him in the zoo but they put him out of the zoo instead. He explains to a boy and a girl why he would be such a good addition to the zoo and shows them how he can change colors and cause his dots to jump on and off of him. He is quite entertaining but the kids disagree. The Zoo is not the place for him, the Circus is!

This is what Scholastic has to say:
Spot, a polka-dot leopard who can change colors and even juggle his own spots, tries to convince two children that he is special enough to be exhibited in the zoo.
Me: That was a leopard?


This was one of my favorite books when I was a little squirrel. I always wanted to be an animal and would often imagine what it was like to be a cat, a dog, or a bird. Trips to the Gladys Porter Zoo or the San Antonio Zoo were always fun family trips. The loud chattering monkeys made me slap my hands over my ears to block out their screeches. Oh, that was not very polite. They must think us humans are strange too. 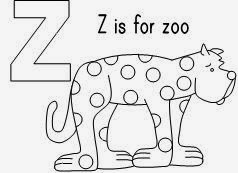 Making Learning Fun website for a printable copy of the image.

For older children, you can trick them by saying "Stand on one leg like a flamingo." Oops, I didn't say Zoo Keeper. For younger preschool children just play the Zoo Keeper says part to avoid confusion.